you never know where they'll turn up.

To track the latest adventures of our favorite decorated confection, click here. 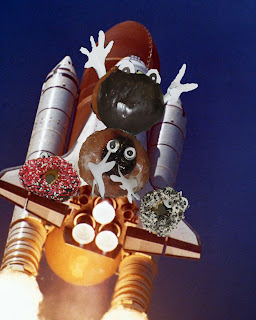 December 21, 2012. An ominous date for those who believe the Mayans spent their leisure time predicting the end of the world, rather than failing to realize that when it comes to creating a calendar on a round stone, eventually you will run out of room.

Nevertheless, it appears NASA isn't taking any chances, given the assignment of their latest shuttle launch.

"But we believe we can offset that effect with these Extreme Doughnuts. As anyone who has gorged on Sunday morning doughnuts in church social halls around the world knows, doughnuts are dense objects. They have tremendous sticking power. And they have a tremendous gravity of their own--humans orbit around them."

NASA believes that putting doughnuts in orbit opposite the moon's path will offset additional effects of gravity from the planetary alignment on 12/21/12.

Stay tuned for the latest developments. We may have new stars to spot in the night sky.


PRESIDENT OBAMA IS STAYING CONNECTED TO EXTREME DONUTS
The world is going cellular, that is clear.


But going cellular does have its disadvantages, as emergency responses to recent disasters have shown in the requests for basic landline telephones that followed.

When faced with power outages, lack of electricity to keep cell phones charged can quickly bring communications to a halt. That is, UNLESS you happen to have a tried-and-true, landline telephone that simply plugs into a jack in the wall.

When Christchurch Parrish in Texas was faced with power outages from a recent storm, they wondered if anyone in America, other than the President, still owned or had access to landline telephones that don't require electricity. Turns out, Extreme Donoughts had that covered, and were able to coordinate calling in the troops for relief efforts. 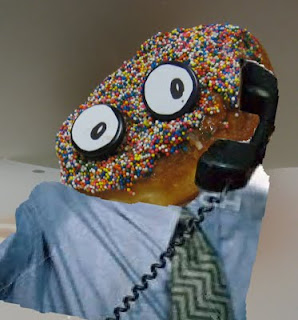 "As you can imagine, getting hold of President Obama, is tricky business, even if you simply want to call him on his landline," the mayor of Christchurch Parrish said. "Thank goodness for these Extreme Donoughts. They may be round, and may not have arms or feet, and some of them have a hole in their heads, but they are smart. And helpful. They're my new heroes."

For the past few decades, park managers have struggled to balance preserving Yellowstone's natural resources, while striving to meet the needs of its visitors and the growing demand for convenience foods. However, given the latest sightings of a new species of elk, park biologists are questioning that management decision after allowing donut shops to set up business inside park boundaries.


"The elk have always moved into the valleys to forage for food during the winter months," park biologist Ima Gonnagetit recently disclosed at a community meeting to address the issue. "And we knew the elk were drawn to visitors who feed them donuts bought at shops inside the park, despite rules forbidding such acts. However, the problem is bigger than just a few folks breaking rules, and our inability to police the issue due to cuts in government funding. These donuts are causing genetic mutations. Whether that's good or bad remains to be seen."

"Although these new animals do make a pretty picture, it does give cause for concern," said another park employee, Superintendent Buck Stopshear. "We are currently awaiting comment from the White House on how to address this issue.... If anything, perhaps we'll see an increase in revenues, if our visitor numbers go up." 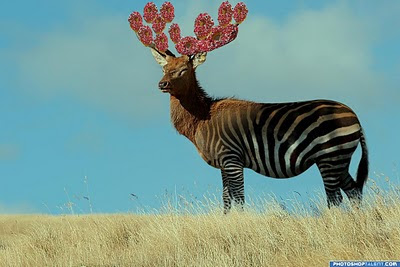 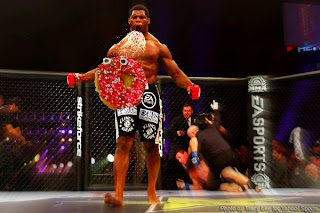 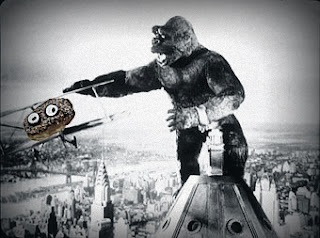 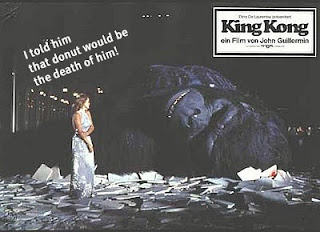 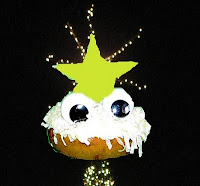