By now, if you are a writer going through November, you are well into the midst of it -- writing that new novel, or rewriting that old one, or writing out gobs of nonsense in-between the bursts of word-smithing genius. It is, after all, National Novel Writing Month. NANOWRIMO 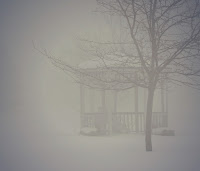 In order to get to this point that you are at, it's quite probable that you put a bit of time into getting your writing environment ready. Perhaps you cleared the clutter from your desk, sharpened the pencils, adjusted the lighting, or burned some incense.... All to prepare yourself for the process of sitting down to spend the next 30 days with a set of characters that will take life on the page. Characters with wants and needs. Characters with thoughts and challenges. Characters whose decisions help shape the plot driving through the heart of your novel.

However, there is one other character that may be standing on the sidelines, waving its figurative arms as you blaze through the literary forest, all the while slamming the text madly across the page. This is a character that can add depth and persona to the story you are wanting to tell. This is a character that can definitively engage your readers and lead them to turn the pages on a deeper, more intimate level. This character happens to be your setting. And as clearly as your main character asks for chai latte to go with that buttered ham-and-cheese croissant en route to meeting whatever imminent fate awaits around the next corner, your setting has a voice that ought to be heard. Perhaps not as equally as your main character who tosses that cardboard cup, still half-full, into the trash can on her way out the door, but definitely as noticeable as the damp chill that lashes at her face as she steps on to the sidewalk, causing her to pull her jacket more tightly closed before looking left, then right, then left again.

Masterful writers engage the setting as a powerful character, whose role in the novel can add substance through subtle warnings, hints, reprimands, or rewards.

In Kim Fay's novel, The Map of Lost Memories, the setting seems like a character of its own, both mingling with and driving the emotions of the main characters.

----The night seemed to shift, as if Shanghai were settling down into its foundation. A fitful cool struggled to press in from the distant East China Sea. Irene heard propellers thrashing against the black Whangpoo River. And she wondered what in hell had just happened, while below in the dark a melon had been split, its sweetness clinging to the humid air.

Matthew Kirby introduces the strong hold of the setting that the characters must deal with in the opening lines of Icefall. 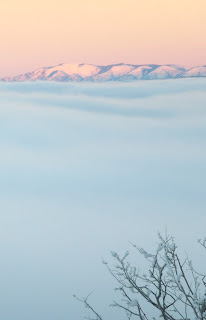 ---- The fjord is freezing over. I watch it from the edge of the cliff near our hall, and each day the ice claims more of the narrow winding ocean. It squeezes out the waves and the blue-black water, while it squeezes us in. Just as Father intended it to Winter is here to wall us up, to bury us in snow, and keep us safe.

And lastly, the characters in The Underneath by Kathi Appelt are deeply connected to and affected by their environment. This connection occurs, quite literally, from in the opening lines of the story.

--- There is nothing lonelier than a cat who has been loved, at least for a little while, and then abandoned on the side of the road. A small calico cat. Her family, the one she had lived with, has left her in this old and forgotten forest, this forest where the rain is soaking into her soft fur.
--- How long has she been walking? Hours? Days? She wasn't even sure how she got here, so far from the town where she grew up. Something about a car, something about a long drive. And now here she is. Here in this old forest where the rain slipped between the branches and settled into her fur.

It's effective, this use of setting by a writer. It helps the story make sense. It offers a sense of perspective. It also can help establish familiarity, even in places that are new to your reader. Thus, during the quieter moments of November, take the opportunity to consider your setting. How is it faring? Are you treating it with some attention? Does it need you to look toward it with patient eyes?  Perhaps doing so will help put your novel on course for a deeper dimension.
Posted by Shaunda at 1:32 PM No comments: