Today a student looked at the author photo at the back of my new book coming out in June and told me I looked exactly like Steven Tyler....

While I LOVE Steven Tyler, I am not sure if he was paying me a compliment or not....
What do you think?
A simple yes or no vote will do.
A phone call from Steven himself will earn him a treat at Twizzleberry.
(Irresistable, I know)
:) 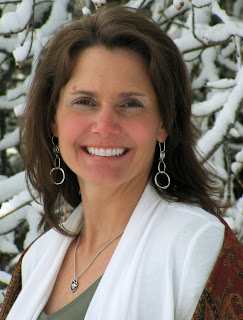 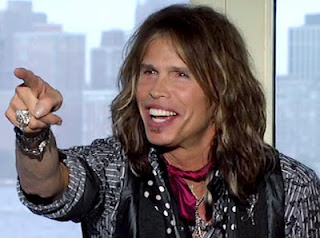 Where do I start? First Lines and Introductions

All social creatures, large and small have their own behavioral practices when it comes to meeting and greeting each other. The behaviors, of course, vary depending on whether the meet-and-greet is between strangers, acquaintances, or friends.

Lions who know one another rub foreheads.

Wolves of the same pack wave tails and lick faces, while outsiders are approached with a guarded stance.

Dolphins whistle, as if introducing themselves by name.

And humans? For many, a handshake is accompanied with a hello.

For obvious reasons, introductions between books and readers don't follow these rules. Nor could they afford to in today's hurried pace of life.

When readers browse book shelves, they already know what they like and what they don't. There's no time for the polite, age-old introductions of "Once upon a time," to precede any sit-down-and-cuddle-and-get-to-know-one-another-session.

Today, the cover of the book serves as an unspoken hello, an indication of what kind of story is held inside. With just one look, readers know if they'll want to extend a hand, pick it up, and start a conversation by turning to the first page.

And given what they are expecting based on their preconceived notions, that first line or two will tell the reader whether the rest of the story is worth the time for furthering the development of a relationship between reader and writer.

As Charles Lamb said, "What is reading but silent communication?"

Thus, since gaining an audience is the goal of any writer, that first line is critical. It's the Hello! Here I am! introductory statement for the book. So, where to begin?

Many writer guides suggest beginning in the middle of the scene. And while that is good advice, I suggest it is not enough. There needs to be something more.

In order to truly foster an immediate connection with the reader in such a way that they will want to keep reading, the first line of any book should be designed or layered to trigger an emotional response.

When I wake up, the other side of the bed is cold. ~ The Hunger Games by Suzanne Collins.  Why does this work? One half of any couple can connect with the slight feeling of emptiness or longing that the touch of the cold side of a bed--where a partner normally sleeps--would elicit.

"Where's Papa going with that ax?" ~ Charlotte's Web by EB White. The term Papa triggers immediate nostalgia of a family bond, while the image of the ax heightens a sense of danger or alarm, especially combined with the fact that the child feels a need to ask, meaning, this isn't a regular trip outside to fetch wood.

When Giuseppe found the green violin, he did not think it would help him escape. ~ The Clockwork Three by Matthew Kirby. First of all, a green violin is unusual, and with the added tension of imminent danger... I'm hooked!

They had been happy people, thought Eleanor. ~ Strangers at the Feast by Jennifer Vanderbes. Triggers curiosity in wanting to know what went wrong, as well as fostering an emotional connection with any person's innate desire to be happy. It makes the reader wonder, Why aren't they happy? What happened?

I was supposed to play the piano. ~ A Crooked Kind of Perfect by Linda Urban. Emotional response is a concern over why the main character is disappointed. If she's not playing the piano, then what is she playing now, if anything? And what brought about these state of events?

Perhaps when writing about characters, which by and large, should be emotional multi-layered beings full of dimension and substance, creating the first line of any story should be second-nature. After all, writers are, in and of themselves, emotional beings.

However, I can tell you it doesn't always go that way. (Check out the first sentence of The Lion, the Witch, and the Wardrobe. Go on! You might be surprised.)

Nevertheless, there are as many beginnings as there are stories.

Which are your favorites?
Posted by Shaunda at 5:02 PM No comments:

Don't Miss the Festival of Words on Saturday

What could be better?

Nothing, if you love books, love listening to stories, or dancing to music.

You'll get it all at the Bullen Center in Logan on Saturday, March 10, starting at 2pm.

Bring yourselves, bring your kids, and settle in for an enjoyable afternoon with talented storytellers, such as, Omar and Lori Hansen, David Sidwell, Clive Romney, Ted Erekson, Dan Bishop, Leah Adkins, Gary Hanen, and Daniel and Emma Kate Coleman.

So we've gone from sitting down and taking a few quiet moments with a new ebook on your Kindle/Nook/WhathaveYou to READING OUT LOUD.

March 7 is World Read Aloud Day, which is a world-wide initiative Take Action for Global Literacy, Celebrate the Power of Words, and Change the World by sharing the joys of reading with those in our lives.

How do I plan to celebrate? I'll start in my science classroom by challenging the students to read from the text as if they were a newscaster delivering a "Breaking Story" on the news. Or, other students  might choose to read as if they were auditioning for the leading role in the next blockbuster movie. We've done this before, and it's always a lot of fun.

I'll round out my day by sharing a few chapters from the latest books my kids are reading. Then, perhaps if I still have some energy left, I'll write a new chapter of my own.