A bit of books

So, last week my book club got together and between the food and catching up, we actually got around to talking about a few books we'd been reading. 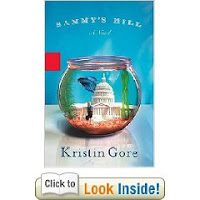 Heather highly recommended Sammy's Hill and Sammy's House, two laugh-out-loud reads by Kristin Gore. Yes, she is Al Gore's daughter, and yes, apparently, quite a gifted writer. I love funny books, so this one has definitely been placed on the top of my to-read list.


Kristen had found the Shopaholic series written by S0phie Kinisella, one of my favorite authors. Her enthusiasm led me to revisit one of my all-time favorite characters, Becky Bloomwood. Heather and Kristen both wondered how anyone (meaning, Becky) could be so stupid (their words, not mine), but they loved her anyway. I said I was just thankful that not all the lightbulbs burned brightly, allowing me to laugh at her little tangles with life--even in the second and third re-readings of the books.

But wait! Now I don't have even more to look forward to! Check out this trailer from You-Tube.

Although she couldn't join us, Vicki suggested via email, The Glass Castle, a memoir (I think) by Jeannette Walls about dysfunctional parents who choose to live on the streets.

I can not imagine this actually being a choice, when one can otherwise be in a secure home, so I think this could be one of those reads that will bring me on an unexpected, new journey.


I, of course, suggested the Uglies, Pretties, and Specials, if you hadn't already noticed my latest entries on Shelfari bookshelf. I could not put these books down and finished all three books within a week.


As far as other decisions left hanging in my last post, I opted to send in my registration for the Utah-Idaho SCBWI conference in Salt Lake City on November 15. Jill Dembowski, the editor coming from Little, Brown, has liked my mss in the past, so it will be nice to meet her in person (if I'm so lucky and, er, brave to make the introduction).

This whole post is feeling rather journalistic, so I think I'll stop and jump back into the fun, free-ranging prose of my latest work-in-progress. 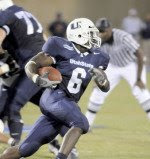 I've come to renew my belief recently that not much beats spending a beautiful day watching a college football game. Especially when the underdog you're rooting for makes it so much fun by pulling out a series of great plays against a #8 ranked team (BYU).

If you throw out the score from the first quarter, when it seemed the Aggies were beating themselves thru mistakes (fumbles/interception) that gave 17 points to BYU, and focus on the second half of the game when they got their act together, reclaimed their confidence, and just concentrated on playing good football, the Aggies outscored BYU 14-10.

We'll take that victory in the second half. Yahoo!

The Aggies definitely should feel good about themselves, because depsite what the final score shows, the Aggies controlled the ball game in the second half. And that control kept the fans in the stadium, rooting for them until the final seconds ticked, rooting for them even though there really was no way the Aggies would win. But stay and cheer, the fans did. Because watching them out-play and out-run a very good team (BYU) was so much fun, and because we all have been waiting so long for this to happen, with the added bonus that the Aggies' game broke BYU's run of shut-outs that they'd stacked up in their last three matches.

For the players and fans alike, I hope this game fuels a new momentum for USU football.

I can't wait to watch what they do with the rest of their season.

Posted by Shaunda at 2:45 PM No comments:

Ramblings (Or, Yes, This Post Could Have Been Tighter)

Okay, so it had to happen someday. And even though I didn't want it to, it did.

During a recent conversation with my daughter, in transit to a soccer practice or game--I can't remember which--she used I word that I hadn't the foggiest idea of how to interpret. It brought our conversation to a halt, drew my eyes from the road, added a slight swerve to our vehicular travel, not to mention, aged me instantly in her eyes--the horror!
"What did you just say?" I asked.
She gave a giggle. "I said, 'that's so tight.'"
"As in?"
"Cool. Good." She pulled a face, one probably matching my own. "Everyone's saying it. What's wrong with that?"
What's wrong with it? What's wrong with it?
Lots, but the most grievous offense being that I was suddenly my mother 30 years ago--out-of-touch, uncool--(not that I think she is now, but I might have just a little back then) when I first dished up the word, awesome, to her, and she'd pretty much had the same reaction.
After a moment, though, I laughed. Heartily. (Which, in turn, made my daughter nervous). But I couldn't help it. That's just what the world needs, I thought. One more definition of the word tight, to really stir things up.
I mean, have you ever considered the word tight, and it's numerous contexts?
I did, but only recently. As in, five minutes ago.
According to the Compact American Dictionary, tight graces the English language with 13 definitions. 13!!!!!!
Allow me.
1. fixed firmly in place
2. drawn out fully
3. imperable in construction
4. compact
5. fitting close or too close to the skin, as in snug
6. personally close (slang)
7. constricted
8. stingy
9. difficult, as in a tight spot
10. closely contested, as in a tight race
11. drunk (slang) ---This was news to me!!!
12. securely, as in Hold on tight!;
13. soundly, as in Sleep tight!
No wonder I was confused. And to think I'd thought my daughter had suffered a bump to the head.
Anyway, here's my plea. Just drop it. Walk away. Expunge this new connection of tight=cool from your brains, please, whoever you are that started it. It's not good. And I can't see it getting any better.
So, enough of all that. 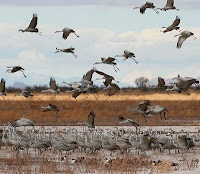 On a local, seasonaly note, the sandhill cranes returned to Cache Valley a few days ago, bringing me out the door with their sing-song, high-pitched croaking, to watch as they flew overhead. They were enroute to the wetlands down the road, which they use as a yearly stop in their migration. They'll be here a couple weeks, fueling up on the grains from nearby agricultural fields before heading off again. Although with all the developments that have been built within the past year, I hope the picking are not too slim.

The arrival of the cranes is somewhat bittersweet, though. Usually the in-laws are out visiting at this time of year, and the seeing the cranes is always a highlight. Sadly, with the fuel prices so high, they aren't with us this year. (They were going to drive).
So, here's what I have to say about that.
Down with the fuel mongers! It's all a scam! Far too few people are making far too much money, at the expense of the little people--the people that matter, which are mainly, everyone else, like me. Shame, shame, shame. (We're these fuel-people ever reprimanded when they were younger????)
Other than that, I am considering attending a regional SCBWI conference in Salt Lake City on November 15. It's a bit pricey, but Jill Dembowski, Editorial Assistant from Little, Brown will be there. As will, Ted Malawer from Firebrand Literary Agency, and Victoria Jamieson from Greenwillow, and a slew of talented writers like, Kristyn Crow, Mike Knudson, Kristen Landon, and Emily Wing Smith. .... Decisions, decisions. .... Since an early flu kept from from attenting the conference in Boise with Samantha McFerrin from Harcourt Houghton, I may have to hit this one.
Posted by Shaunda at 1:02 PM 1 comment: