Cover Up! (Or, Thoughts on Skin and the American Dime)

Back in the fall of 2010, I wrote a post about a freckle I had above my right eye, my thoughts on lightening it, and how my son changed or enlightened my mind to take a more positive view. Basically, I let the freckle remain, and decided to cherish it for the heart it was and what hearts tend to represent.

However, on one recent trek through the school's cafeteria, a co-worker pointed at my face and said something along the lines of, "What's that on your face?"

He didn't smile at my lame attempt at humor. He tapped his own eye, indicating he meant the spot above mine.

I knew what he was talking about and tried telling him that it was my beauty mark, my heart-shaped freckle.

"No," he said shaking his head. "Not any more. That spot has grown. You better get that checked." 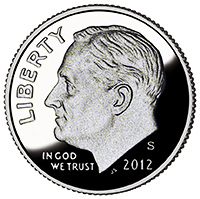 For the next few days, he continued to remind me of an appointment I needed to make. And I finally relented, because he was right. My tiny heart was no longer a heart. It had morphed into a blob that was the size of a dime. In fact, if one looked closely enough, one could see a strong resemblance between the face on our lowly American dime* and this newly emerged spot over my eye.

About six weeks later I found myself sitting in the dermatologist's office. She informed me that given the spot's rapid growth in the last little while, it had to go. I had two options, freeze it via liquid nitrogen with no biopsy and hope for the best, or slice it off and biopsy and still hope for the best. And just to give me a "no-option-taste" of what being squirted at by a canister of liquid nitrogen feels like on a relatively tiny piece of skin, she gunned me without too much warning in order to zap what she called a pre-cancerous growth on the bridge of my nose.

After that short blast of pain and being scared by the C-word, I chose option 2 for removing the dime from my forehead.

Following a small shot of pain killer, and few slices and dices that covered all compass directions, George Washington and I were dearly departed.

On second thought, maybe it was Franklin D. Roosevelt with whom I parted ways.

At any rate, now I wait for no news (because no news is good news in my book), and hope that this scar that remains won't be too bad after it heals. I tried telling my son it looked like the sign of Batman, he couldn't say he agreed. To him, it just looked like a big white spot.

In the meantime, I'm here to remind you to cover up! Wear sun block and sleeves and hats and all that. Because if you're like me, you'd probably rather keep all resemblances to currency OFF your skin and IN your pockets (or wallets), instead. 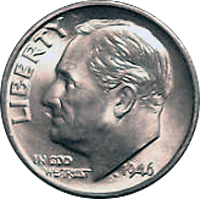 * What I referred to as the "lowly American dime" actually is not that lowly at all. It first appeared in 1946 with FDR's image one year after his death. Citizens had written the Treasury department requesting a coin in his honor. The dime was a good choice because FDR supported the March of Dimes program which raised funds to find a cure for polio. FDR had contracted polio at the age of 39. 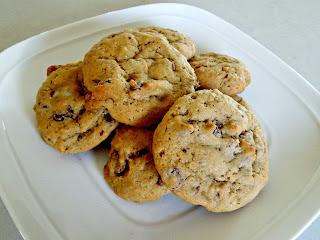 Since we make chocolate chip cookies regularly, it was easy to catch this day without even trying. The tricky part for us though, turned out to be dealing with the stock in the cupboards. Having all the ingredients can be a problem in a kitchen when you have a head cook who doesn't make it habit to always shop with lists (i.e., me). Which is how we happened to stumble into a better way to make chocolate chip cookies.

Our problem was finding a substitute for brown sugar. And what we came up with was a tasty end result. I highly recommend what I'm calling a Better Chocolate Chip Cookie recipe, especially if you've been wondering what the new trend toward using raw sugar is all about!

1 cup of your favorite butter or margarine (I use 1 stick each)
3/4 cup of granulated white sugar
3/4 cup (nearly) of raw sugar, topped off with white sugar, which will fall down in between all the spaces around the raw sugar
3 teaspoons molasses
1 1/2 teaspoons vanilla
2 large eggs
2 1/2 cups flour
1 teaspoon baking soda
1/2 teaspoon salt
1/2 bag semi-sweet chocolate chips
1/2 bag real milk chocolate chips
3/4 cup chopped walnuts (not too fine, unless you really like that nutty flavor in your cookies)

This is the order I usually work with in combining my ingredients: creaming the butter and sugars, followed with adding the wet ingredients, and then mixing in the dry. I've used molasses and granulated sugar as a substitute for brown sugar before, so I had some inkling of an idea of what I was doing. The raw sugar is a new thing I've been using in the house, particularly in making my morning cup of coffee. But using it in the cookies gave a pleasant texture and taste that combined really well with a reasonably soft cookie. We baked these on a cooking stone at 375 for about 11 minutes, then dropped it to 10 minutes for later batches after the stone warmed up. Also, we usually use only 2 1/4 cups of flour for the traditional recipe, but for some reason, in this go-round it didn't give enough heft to the batter, so we had to add more. Was it the molasses? Or unusually large eggs? Who knows. Use your best judgment in getting to the final consistency of a batter you prefer.

If you decide to give these suggestions a try, let me know how it goes!

I endorse the idea that chocolate chip cookie day can be celebrated any day! 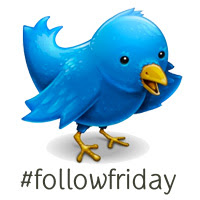 If you're on Twitter, you're probably familiar with Follow Friday, a recurrent theme where tweeters spread good cheer by raving about the fellow followers they are either smitten with, or have just met, or think are incredibly cool in regards to their ability to share mind-pausing worldly wisdom or highly acclaimed foolishness -- all in 140 characters or less. Whatever the case may be, these folks have come to be respected for one reason or another within one of thousands of tweeting-networking streams; and thus, they get a shout-out on Follow Friday.

In my experience, Follow Friday comes loaded with the proverbial basket of good feelings. For one thing, it's always nice to realize that you were remembered by another person in a Follow Friday tweet. At the very least, it makes me smile to know that someone was thinking of me. At the very most, it provides an opportunity to venture out and mingle. It's like Speed Dating, without the uncomfortable face-to-face encounters that some might otherwise endure.

Whenever I'm mentioned within a group of #FollowFriday tweets, I consider it to come with a nod from the Tweeter to go ahead and see whom I'm grouped with. I've been lucky enough to have met some great friends this way--friendships that have been fed by sharing silly streams of off-the-wall-jokes, nudges of encouragement for goals being sought or accomplished, and virtual hugs when support has been needed.

All in all, I love Follow Friday, because beating at the heart of it all is a resounding message of "We click!" You never know what might be waiting behind that twitter handle door.

With whom do you click? Feel free to share your own faves here.
Posted by Shaunda at 6:00 AM 2 comments:

I love children's books. Of course I do.

As I grew up, part of me learned how to connect with the world through reading books. And when I became a mother, my connections with my kids were made stronger in sharing books we read aloud together.

So to celebrate Children's Book Week, I'm sharing a list of 5 titles I highly recommend. These are books that I have read in the past year and thoroughly enjoyed.


1.Chicken Big by Keith Graves. A laugh-out-loud funny twist on Chicken Little that gives a whole new meaning on what it means to be a chicken. 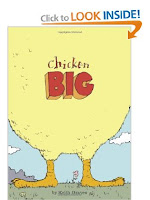 2. The Monster Under the Bed Loves Chocolate Chip Cookies by Judith E. Torres. This one will leave your little ones giggling under the covers after you try to tuck them in at night. (Notice I said, "try?") Just kidding! All kids and monsters do end up in bed by the end of this story. 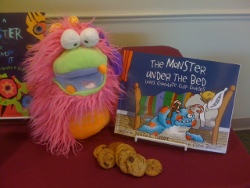 3. Frankenstein, a monstrous parody by Rick Walton and Nathan Hale. This is not your tried-and-true Madeline, at least not the way you remember her to be.... Cute, cute, cute! 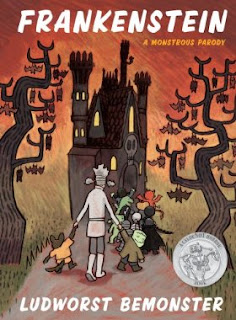 4. The False Prince by Jennifer Nielsen, a middle-grade novel for older readers about an orphan boy who might or might not want to become king. Full of twists and turns that both boys and girls will love. 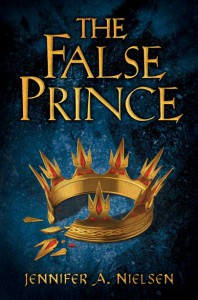 5. Liesl and Po by Lauren Oliver, a fantastical ghost story from an author who is multi-talented in writing both MG and YA. Again, one for both boys and girls. 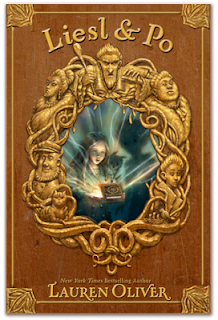 Yesterday was a beautiful morning at the ball park. The combination of the warm sunshine and breeze reminded me of a day at the beach and times at the lake I've spent with my family on our trips to New Hampshire. Our annual family trip can not come soon enough!

My memories inspired me to find relaxing music for Sunday that reflects on this theme. I found a talented indie guitarist / composer named Bard Kvale to share with you today. I hope you enjoy it as much as I did, and are inspired to start planning your own family get-aways.

Have a wonderful Sunday! Enjoy!