Recipe for Lemon Tart? Or, murder....

Contests always make me nervous, because as a rule, I never win anything.... So long as you don't count the time when I was 11 and had some mysterious, mystic connection with a set of dice being rolled at an carnival booth.

Yes, that one and only time, I got lucky, and somehow kept placing my quarters on the numbers about to be thrown....After starting with $1, and walking away with about $20, I think the booth manager started kissing the ground when he finally saw me go. Because more than a few people had caught on to how I'd been doing, and started following my bets....For a while, that booth was the happiest place on the boardwalk, if not the planet.
But anyway, back to contests.

Want to win a free book? Better yet, want to win a really good free book?
Then, check out Anne Bradshaw's blog, for an easy chance to win Lemon Tart, the first novel in a new culinary mystery series by author, Josi Kilpack. Looks tempting, doesn't it?
I, for one, can't wait to dive in.
But for now, I'll keep my fingers crossed that I get lucky and beat you to it!

Reluctant Readers & The Underneath

My 10 yo son is a reluctant reader. Very bright, but also a typcial boy who is struggling with growing into all things "cool."

Yesterday, we were relaxing, resting, after a long day of skiing. I was trying to entice him into Kathi Appelt's The Underneath, and read the first few lines to him.

He rolled his eyes and told me he liked very few books, but said he did like Diary of a Wimpy Kid, and said I should read the series, and that it wouldn't take me long to do so.

So, I told him I would, and then a few minutes later, started reading aloud from The Underneath (call me persistent, and maybe also a cheater, because I had skipped ahead a few chapters, and had deliberately picked out a few lines where things started getting scary....well, not Stephen King scary....but there was definitely a hint of horror to come, perhaps some fantasy, and mystery).

His ears perked. He scooted next to me to read the text. Then, he made me go back and start at the beginning.

After a few chapters, I put the book down to get dinner ready. He picked it up, and started reading on his own. Later, I had to pry the book away to get him to eat. Then after watching a family movie, (Pirates of the Carribean 2), he had his nose back in the book again even though it was after 10pm....

This book is not written in Diary of a Wimpy kid style. It is literary. It's almost poetic. But it has an amazing voice. One that definitely connected with my son, which is so cool.

This is the second "long" novel I've gotten my son interested in reading, after he had initially said, "no," (the other was The City of Ember). Yes, he was judging the books by their covers and length, and thought there was no way he'd want to read them. But all it took was five minutes of reading aloud, five minutes of mother-son time, and he was hooked. Now I'm in the situation of having to read to catch up to him, so we can continue to read aloud together.

The Underneath is a great read-aloud--mainly because it is so beautifully and flawlessly written. I highly recommend it, particulary if you can share it with a reluctant reader--open their world of books to something they normally wouldn't choose for themselves, or even, something you normally wouldn't choose for them. The chapters are short and switch from character to character, which keeps it interesting and relatively fast-paced.

This whole experience has made me question what "makes" a reluctant reader. Do kids fall into this category themselves? Do we hold that label over them? Do they hang on to it?

Or, are they willing to eventually let go? And if so, how will they do it?

(Here's an article by author John Green that tackles adult expectations vs teen preferences, where he too, was surprised by what teens liked.)

I'm not even sure my son knows what reluctant reader means, or if he even knows the term exists. I haven't ever said, "You're a reluctant reader." But I have lived with the frustrations of dealing with a child who doesn't really want to read much, besides nonfiction and his favorite sports magazine. Thank heavens he's beginning to open his eyes to other things, namely longer works, which require some thought, attention, and commitment.

And thank heavens, I took a chance with The Underneath. The result was completely unexpected, but so much appreciated.
Posted by Shaunda at 3:58 PM 9 comments:

Saturday I had the opportunity to attend a great class on novel writing. It was led by the talented Carol Lynch Williams, whose latest release is the well-reviewed, The Chosen One, and Cheri Pray Earl, who has a few books coming out this year.

Perhaps the best thing about this class were the assignments that we had to complete beforehand: writing bios for our MC (highly recomended, btw) and completing an outline for our novel (which was great, because now I have the final stages mapped out). Even though I knew where I was headed, it's great to have it all on paper. It seems like finishing should almost be effortless. 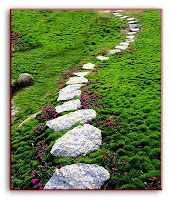 We talked about lots of stuff. One topic centered on voice and the fact that all award-winning books are effortless to read. Sarah, Plain and Tall is one good example (among many). When asked how she wrote that book, Patricia MacLachlan said she took out all the words that didn't matter.

My favorite quote of the day was, "The mystery of life is how we respond." Which is why we, as authors, need to know our characters so well.

For me, to putting this insight into action means, writing those character bios for all my characters, even though I think I already know them fairly well in my head. Then, even after that's done, I think I'll go back and expand them as I finish and rewrite.

Carol and Cheri used many books for examples. (One shall go unnamed.) Some of those included:
This is What I Did by Ann Dee Ellis
Everything is Fine by Ann Dee Ellis
The Loser's Guide to Life and Love by Ann Cannon
Chains by Laurie Halse Anderson
The Killer's Cousin by Nancy Werlin
Everything on a Waffle by Polly Horvath
The Midwife's Apprentice by Karen Cushman
On Writing by Stephen King

You can learn more about their classes and see a list of must-read books at http://www.thefirststory.org/.
Posted by Shaunda at 10:16 AM No comments:

All I have to say is, I LOVED watching that Superbowl last night. Loved, loved, loved it. Cheering for the Cardinals was just so much fun, especially since they were doing so well, and especially since all my cheering and praying started making all the Steelers fans in the house nervous, since it seemed to be working.
The best part was when I bet my husband 50 cents--yes, 50 cents--I'm feeling rather poor--that the Cardinals would hold the Steelers at the goal line and keep them from scoring again (I think it was their 4th drive--and the Cardinals had been doing a fairly good job at it). Anyway, I was out that 50 cents for all of 1 minute, even though I was screaming, Challenge the call!--until they did, and yes, the touchdown was reversed. ...Thanks to that beautiful thing called, review of play, I was 50 cents richer. Too bad I hadn't risen to the challenge and made the bet at $50 bucks, like my husband was taunting me to do. That would've been a glorious thing.
OH well. I wanted a fun game, and I got one. I think it was the best bowl I've seen yet. It was so good, even my husband cheered for the Cards at one point--because that's what good football does. Or any good game, cause there's no denying good, good playing when you see it, no matter which side of the line it falls on.

In other news, ---WHATDOYA know..... It's Groundhog Day!!! I don't know what the weather held back in PA this morning, but it's been sun-shining all day here, which means.....too many more weeks of WINTER.

BRRRRRrrrrrrr!!!!
Well, okay. I like to ski, and more snow would be nice, but if winter's gonna be hanging around, tell that Groundhog to keep all the white stuff up on the slopes where we need it. We don't need any down here in the burbs, or more specifically, in my drive. Because if I get any more snow and need to go shovel, I may just go pull that hog out of his hole and make him get it all off himself. With his tongue, or his nose, or his burry brown coat.....
There.
If you made through all those long sentences to the end of this post. Hurray! You just may be ready to sit through an episode of HOUSE. Did you see last week's? 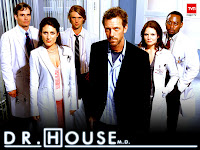 Did you understand any of it toward the end when his private investigator was talking mumbojumbojulkigidygook before inspiring that ever-burning bulb to light-up in dear, old, Gruffity-Gruff's head? I don't think the actors knew what they were saying, either. Which doesn't necessarily mean--if you're trying to go full circle here in my post--that I don't know what I'm writing now. Because I do. Just in a long-winded, spangdingingly kind of way. Which seems to be the trending way to flow.
So, in closing, to buck the trend, I'll be brief....
Ciao!
Posted by Shaunda at 2:50 PM No comments: