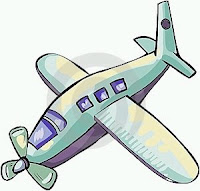 Well, I have finally made it back from my coast-to-coast tour, after starting in Los Angeles on July 31 and leaving New Hampshire on August 26. Actually, I didn't really travel through all the states in between -- I only hit two others and those were Pennsylvania and Delaware. Such is the power of air travel!
All in all, it was a fun month, with the SCBWI conference in LA kicking things off (more on that later). And I survived a speeding ticket I hardly deserved. (As far as I'm concerned, when you're driving downhill, the laws of gravity and inertia prevail--that's physics 101!! But apparently, this course was lost on the powers-that-be who set speeding limits.) But I digress. I also outsmarted ticks looking for a way out their briny coastal wetlands and thunderous waves that wanted to thrash me around in their undercurrent. 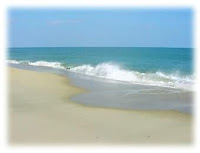 On the brighter side, I got to run along the shore every morning in Delaware with the riplets of waves splashing around me, while enjoying the company of dolphins, pelicans, and these cute little shoreline birds I must track down the name of.

In New Hampshire, Lake Winnipesaukee treated us right. The relentless summer rain gave way after we arrived and treated us to a week full of sunshine. We waterskiied, tubed, sailed, swam, shopped, canoed, fished, .... it was a blast. But now I'm home and facing a yard and garden in dire need of attention. It's so scary and overgrown, I'm afraid to go outside. Which is probably why I'm in here in my office catching up on my blog.

The only bad thing I seem to have brought back with me from vacation is a swollen ankle. Consultations with highly qualified people like my mother and a couple friends indicate I may have a stress fracture from all that running on the beach. 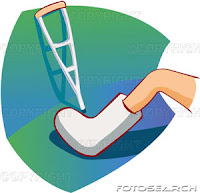 I suppose I should have stopped running after it started hurting the first day around mile three. Wearing footwear might also have helped. But the coast was so beautiful and inspiring, I just couldn't think of doing anything but run every morning. (Plus, the au naturale pedicure (sand, salt, water) was a bonus for the whole deal. As far as I was concerned, each step forward was a step toward baby-buff skin.) And then, when I was in NH, I had to keep running with my daughter and her friend to help them stay in shape for soccer (coach's orders). But now, here I am, with my foot propped on my desk, wondering when I should call the doctor for an appointment. I'm thinking if I stay off it for a while, it might get better. Then again, I've been popping motrins like they're candy for the past two weeks. ..... Oh well, first things first. Blog. Lawn. Writing. Garden. Soccer games. More yard. Sleep. Repeat. Along with a list of a thousand other things that need to get done.

But anywhoooo, the conference in LA was fabulous! I made some great friends, and heard from lots and lots of talented writers and editors. 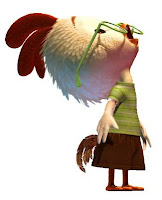 Perhaps one of the more entertaining, enlightening, and table-turning (not quite a word, but I'm using it anyway) was from Arthur Levine, VP at Scholastic, Inc. and Editorial Director at Arthur A. Levine Books. According to his tallies, contrary to what the publishing industry has been saying for the past few years, the picture book is NOT falling.
In fact, the picture book has been doing quite well, at least, as well as it always has done in the past. The biggest challenge for sales of picture books, however, are the depressingly high number of independant book stores that have closed. 2,840 since 1996, to be exact. That's scary.
Lesson? Buy local. Support your indies!

Throughout the conference, numerous editors highlighted favorite books or wish lists. Of course, some of those editors are only taking submissions from agents or conference attendees, but the information may be useful to those wondering what's new, hot or wanted in the market at large.

Dianne Hess with Blue Sky Press. Loved getting the mss for Henry's Freedom Box and Adios, Oscar.
Debra Dorfman with Scholastic. Likes funny, laugh-out-loud, high concept series, like Hank Zipper.
David Gale with Simon & Schuster. Greek mythology, SF, page turners, horror (or so it seemed).
Elizabeth Law with Egmont. Mentioned the Moffats. Cheaper by the Dozen. Penderwicks.
Brenda Bowen with Bowen Press. Herbert's Worm Hole. Fresh, unusual, emotional response.
Allyn Johnston with Beach Lane Books. Looking for mss for very young "readers." Mem Fox is a favorite author.
Nancy Conescu with Little, Brown is "always looking for character driven chapter book series. She mentioned a book, This is What I Did. She likes untraditional writing styles, edgier YA with strong voice, and steers clear of quiet literary reads. She also talked about Living Dead Girl, The Patron Saint of Butterflies, and Wave. She said she'd like a YA about living in a cult.
Gretchen Hirsch with HC likes smart, sexy chick-litty novels and offbeat, funny PBs.
Amalia Ellison with Abrams is new and still developing her editorial voice. She mentioned Holes by Louis Sachar, Twilight by Stephanie Meyer, and Goosegirl by Shannon Hale.
Namrata Tripathi with Hyperion looks for voice. She mentioned John Rocco's Moon Powder, Julian Hector's The Little Matador, and a nonfiction picture book, One Thousand Tracings.
We also heard from other authors, who were all entertaining and inspiring. Here are a few tidbits.

Leonard Marcus said that in stories, it is the emotion that is important. As he shared the letters written by Ursula Nordstron from his book, Dear Genius, he showed that everyone has had self doubt, even Maurice Sendak. His advice for finishing a novel was this (or maybe it was Ursula's): write a catalog copy. What does the book say or do when the reader is getting to the end?
Alan Katz, author of OOPS! and other books, advised writers to take poetic license and make up words to make rhymes work.
Bruce Coville, author of numerous books, including My Teacher is an Alien, said the best endings turn on a moral choice between two mutually exclusive goods--not between good and bad, or between 2 mutually exclusive bads. And the choice has to be difficult for the character to make. Also, write your story by asking questions and then inventing scenes that answer them.
Rachel Cohn, author of many YAs, including the soon to be released as a major motion picture, Nick & Nora's Infinite Playlist, said she asks and answers three questions in her stories. What does the character want? What is in the way of them getting it? Do they still want it after they get it?
Margaret P Haddix, author of the Missing series, asks this important question in her critique group. Why? What is your character's motivation for doing that? (and her personal real-life-nightmare is a computer hooked up to a piano keyboard that could only use the letters A thru G.) funny!
Quotable quotes............... 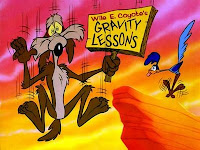 "If you feel like you're taking a flying leap, I guarantee you that you are." Mark Teague
"To act from joy takes more courage than to act from fear." Bruce Coville
"The first audible sound we make is through tears. The first comprehensible sound we make is laughter." Bruce Coville
"Slow down, and be patient. Become an expert in your field." Steven Malk
Lastly, from Susan Patron, author of The Higher Power of Lucky: "We, our books, are doing good in the world, and that is a fine thing."
Posted by Shaunda at 9:09 AM 2 comments: