Author Ken Baker is hosing a poll on what boys like or don't like to read. It's quick. Visit his site to participate.

http://www.kenbakerbooks.blogspot.com/2010/11/do-teen-and-pre-teen-boys-like-to-read.html
Posted by Shaunda at 10:34 AM No comments: 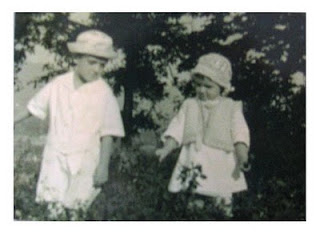 My grandmother passed today. Tipped her hat off to the world after 94 years. It's amazing to me to think that she lived nearly a century. In the little time we shared, I barely touched a part of her time spent on this earth. But when I was a part of it, we shared a lot--much in the way of conversation.

Talk,...yes, she could talk. She'd talk of dress shops, and farm trucks carrying vegetables, and huge sides of beef hung to cure in the upper room of her mother-in-law's farmhouse. She'd talk of walking across fields in winter for Thanksgiving dinner with friends on the other side of town, meeting the man who would become her husband, and boast of a sharp wit and accomplishments that only a woman of strong will and spirit could have done. I'll never forget the day she took me on a jaw-dropping tour of the place she worked in the capitol--all during a time when few women worked outside the home. She had a quick temper that she wasn't ashamed of, an equally quick laugh, and a fondness for pretty clothes, hats with attitude, and dinners out on the town.

She loved traveling, especially to see family and research her roots. Being a tall woman, she owned a big car. And I believe it tickled her fancy to travel in it with her sister, her aunt Kate, and other friends up and down the East coast. Her eyes sparkled when she reminisced her various adventures, especially if they involved moments when she had to stand up for herself--take a stand on being a woman, if the situation demanded it. And some situations did demand it. After all, she grew up and out of a time when the ideas of womanhood are different than they are now. At one time, she said she slept with a gun, and if she needed to, she wouldn't be afraid to use it.

She was a woman of the road, so to speak--molded out of a period of history that saw the progression from horse and wagon, to Model T, to Chevy Bel Air. I can only imagine how she must have felt commanding her own auto, making her own way, captaining her own freedom. Among the other women in my life, she was definitely a source that fueled my own drive, my own courage, my own strength to move out and into the world to find my way simply through her example of what it means to take hold of something and go with it.

She was also a bit of sleuth, and took pride in uncovering the family history--discovering secrets that old city files and libraries held for those that possessed tenacity and perseverance, like herself. She had a laugh that rang like jingle bells.... Well, maybe not quite,... but its sound definitely made you want to inch closer and find ways to hear more.

We shared a fondness for sweets, and we both had a weakness for Devil's Food chocolate cake. She was proud of her own recipe. Even her mother-in-law, Elizabeth Shade Kennedy, had recorded it in her own cookery diary. ...At the moment I'm at a loss for what else to say. I know that after what she went through in the past few years, she is in a better place. I'm glad she was a part of my life, and I'm thankful for all she taught me--both from the good and the bad. She lived what she knew. And I will miss her. 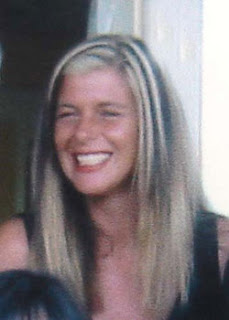 You definitely left this earth too soon, but not without having touched many lives. Some of the best memories I have were created with you, my friend. It's strange to think how deeply those fresh, young experiences shaped who I would become. Because of that, they have been, and always will be, part of who I am. Now that your eyes are looking down from heaven, mine will be looking up, hoping to catch hints of that beautiful smile that could light the world.
Posted by Shaunda at 10:56 PM 2 comments:

As in, yo-yo action.

Yes, you heard it here first, folks! See it first, too!

Pictures to follow. Complements of an adventurous young son.

Check back soon.
Posted by Shaunda at 11:26 PM No comments: