So, it's the day after we devoured turkey and stuffing with all the fixings, and I'm still feeling incredibly blessed. I do have much to be thankful for, even though some days I feel completely overwhelmed. And here it is, Black Friday, a day I opted not to shop and woke instead to see why I'm the luckiest mother in the world.

I'm thankful for two boys who will wake themselves at the crack of dawn to make sure they can surprise me with breakfast in bed. (I tend to be an early riser.) It was one of my favorites. French toast, a mini ham and cheese omelet, and OJ. And they did it all on their own.

I'm thankful for a daughter who tells me she loves me and that I'm her best friend. A daughter who showers me with hugs and plays uplifting, empowering songs when I need them, even though I'm not telling her I do. A daughter who stands by me in the kitchen before and after the Thanksgiving meal to help with preparations and clean-up. A daughter who hands me her size 3/4 jeans because she thinks I can wear them, after I see that mine are too big and no longer fit. (I won't tell you if hers fit, though!)

I'm thankful for family and friends who show their support and share their love and help keep me focused on my hopes and dreams. I'm thankful for a wonderful home, good schools that help educate my children, the means to put food on the table, and strong health. I'm thankful to have full days to enjoy, the sun when it shines, and a future that keeps me looking forward. And I'm thankful to live in a state and a country that affords us so many freedoms to do the things we do.

Happy Holidays!
Posted by Shaunda at 11:00 AM No comments: 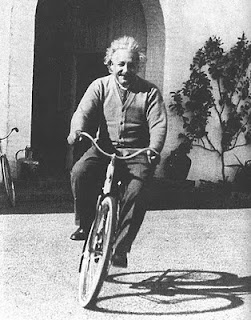 My friend Darla shared her favorite quote with me. I thought I'd post it here.
Life is like riding a bicycle. To keep your balance, you must keep moving. --Einstein, in a letter to his son.
Make it great day!
Posted by Shaunda at 9:37 AM 2 comments:

Email ThisBlogThis!Share to TwitterShare to FacebookShare to Pinterest
Labels: advice

What were they thinking? (Patriots)

Okay, so I turned off the game and sent the boys to bed, so that I could watch my movie (Nights in Rodanthe--yes, it was good) before it got too far past my bedtime. After all, with 2:38 minutes left and a 13-point lead, and Tom Brady handling things, while Peyton and crew seemed to mangle key plays, I thought all would be well. And so did my boys. They marched off to bed in good faith.

However, I lost all credibility on the football front when my youngest brought in the morning paper and asked through a veil of confusion, "Who lost by one point last night? Was it the Colts?"

He was trying to sound hopeful.

I spun from my desk.

"One point! Did you say, one point! They had been leading by 13! With two minutes left to play!"

But I knew before I even snatched up the paper, deciphered the meaning behind the amazing photograph of Reggie Wayne's catch, that I should not have doubted Peyton. I knew he was capable of amazing come-backs such as this. After all, the announcer had reminded me so on their last failed drive before I clicked off the TV with confidence.

I won't doubt him again. Watching those two drives would have been fun. (Don't tell my sister. She's a true Patriot fan.) Me? I just hate missing out a good game. What was I thinking?

Sights are on the playoffs for sure.
Posted by Shaunda at 11:22 PM No comments:

Another blog, and interview

Okay, so life has been a bit crazy the past few months, and while surfing the web this morning, catching up on what my writer friends have been doing, I realized I forgot to share an interview that I did with Lori Nawyn in August. August.


The calendar tells me that was 2 months ago.... To me, it seems like that was merely days ago, or at least a handful of them. But, if you're interested, you can check out the interview here, as well as the other useful and insightful posts and interviews she has. Hopefully, I'll soon have good news to share on some of the projects I talked about. (Fingers crossed!) 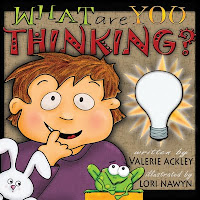 Lori has her own good news. The book she illustrated, What Are You Thinking?, written by Valerie Ackley, is a 2009 National Best Books Awards finalist. What a wonderful accomplishment! Congratulations to Lori and Valerie!


Make it a great day, everyone.
Posted by Shaunda at 7:21 AM No comments:

The Proposal, a great movie 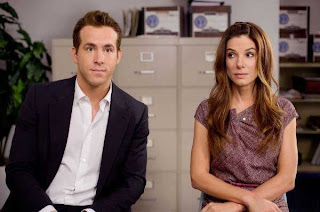 My new favorite movie is The Proposal, and I owe all thanks to my daughter who said we absolutely had to watch it (She'd already seen it with a friend, and wanted to see it again--and a third time, as it turned out, by the time she watched it with me.) Anyway, I loved it. I had no idea I would be laughing so much, until the end, when I cried, but only because the ending was a happy one. Even my boys liked it, which was surprising, since they are boys, and The Proposal is a romantic comedy, which is all good, because it means they have soft spots in their hearts and are willing to sit down and enjoy a movie that a mom, or a sister, or a girl would like to watch.
As for the rest of the week, it's work, work, work, a bit of rewriting on a manuscript, and then the SCBWI conference in Salt Lake on Friday and Saturday. I'm looking foward to hanging out with fellow friends and writers Judy Torres, Laura Madsen, Sydney Salter (My Big Nose and Other Natural Disasters), Bree Despain (The Dark Devine), Karen Nelson, and many others, and meeting editor Elizabeth Law from Egmont and agent Kendra Marcus, if I'm lucky.
Posted by Shaunda at 9:03 AM No comments: 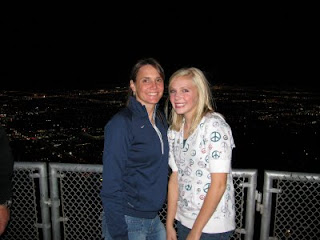 Yes, I survived. Or, rather, we. My daughter and I, when we rode the Big Shot on top of the Stratosphere in Las Vegas last weekend.

We were there for the Las Vegas Mayor's Cup soccer tournament that her team was playing in, and a friend had suggested we take that ride on the Big Shot, or at least get to the top of the Strat for the view. Lucky for us, these plans became part of the team's agenda for Saturday night, since they didn't have an early game scheduled for Sunday morning.


But as the captured Kodak-moment shows, even 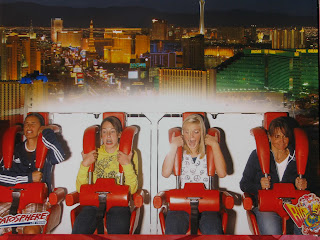 4Gs of being shot 160 feet upward at 45 miles an hour isn't quite enough to zap my brain into motion. It took more than a few moments for me to realize, that yes, we were indeed moving, possibly and quite quickly, toward death. And by the time I was in full comprehension of my experience--that I may not survive--the zero-G's bestowed on us as we plummeted back downward kept me from vocalizing any of the sheer terror I felt in comprehending that there really was NO WAY off until it was over.

But of course, once it was done, I kind of wished I could do it a second time. And maybe a third.... What's up with that? 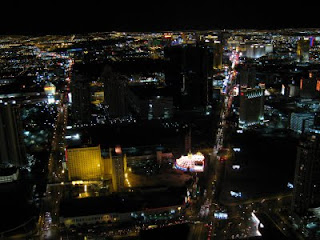 All in all, getting away to Las Vegas was great. The sun was warm enough to kiss my skin, the soccer games well-played and enjoyable to watch, the watershow at the Bellagio perfectly timed to impress upon my teenage daughter that I really might have clue as to what we were doing as we toured the strip, and the singing bus driver on route to the terminal was fabulous enough to end the weekend with a smile. Although the singing vacuum cleaner--i.e., the fellow who was riding a motorized vacuum cleaner at the SLC airport while singing Kumbaya upon our return--left me a bit perplexed over the intricacies of human nature.


As for daily life, the sun and warm weather have returned for at least a few more days in northern Utah before the snow truly starts to fly for good. Although I like to ski, here's hoping the sun will stick around for a little while longer.
Posted by Shaunda at 11:06 AM No comments: