Earth Day and Stewardship, a challenge for writers

Earth Day came and went, and I wrote this post, but forgot I hadn't finished it. So, here we go.

It seems like as time goes on, Earth Day is no longer just a day that garners a bit of attention from a minority of the population once a year in April. Instead, the idea of Earth Stewardship has slowly taken hold of the public at large, as well as religious institutions and world leaders, presumably due to the problems that loom around every natural resource on our planet and which can no longer be so easily ignored. As such, this year marks numerous upcoming conferences and media events that spotlight the ramifications of adverse ecological change on the health and sustainability of the human population.  Of course, humans aren't the only living beings that will be affected, but it is with us and our fate that many can most easily relate, and so that is where the attention will predominately lie.

Keeping that in mind, I've decided to turn my attention to one of my own communities -- that of writers, and issue a challenge. Writers have a way of starting things. Garnering attention. Getting people to notice something and get excited about it. Things like, A to Z mystery series, cooking series, mysteries that involve cooking, furry creatures that evoke kindness, angels that inspire good deeds, ideas of life after death, and even ideas of cheating death.  Thus, I would like to challenge all writers to take notice of the way that all people depend on a healthy planet. And with those thoughts in mind, I would like to challenge writers to start invoking another idea, one that can go along with so many others that have taken hold -- the idea that tending to a healthy Earth is a good thing to do, an appealing thing to do, a smart thing to do, and maybe even sexy thing to do. Whatever slant works for you, my challenge is to have you see if you can work that perception into your stories. Not to teach -- that's the last thing we want to showcase in our stories -- but just to have the idea be an integral, inherent fiber of the overall fabric of whatever world it is that you strive to create in your storytelling.

I don't watch a lot of television, but I did catch that the series "New Girl," starring Zooey Deschanel as Jessica Day, has the idea of stewardship written into the story line of at least one episode with the fact that she apparently prefers environmentally-friendly products, for example. Thus, this challenge is doable, and I suspect it is already being done in many areas. But that doesn't mean that there isn't room for more growth in this area. Many more writers can inspire readers to take notice of what it means to live a sustainable life and how it can be done. Many more writers can write in a way that gets their readers to reflect on stewardship, and then perhaps some will be inspired or see how they can make changes toward achieving their own healthy, sustainable living. 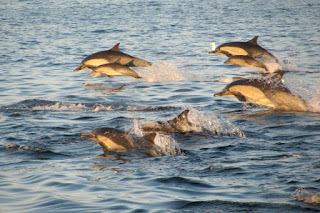 We've got plenty of documentaries that show us the problems our world is facing, from slaughtered and diminishing dolphin populations, to dwindling giraffe populations, to deteriorating oceans that are drowning in plastics, to dwindling forests of all kinds, to melting glaciers and dying polar bears, to disappearing wetlands, to decreasing song birds and raptors, to unsustainable water practices, to toxic spills from industrial and agricultural wastes, and the list goes on and on. Yet, the source of the problem is the same. Us. And the problems continue. Not only with us, but most certainly with every other living creature on the planet, and also with the nonliving natural resources on which everything depends (i.e., water, air, soil, land).

But we as writers can be a part of the solution in showing how sustainable and Earth-friendly actions can be effortlessly done by simply infusing these behaviors into our stories, our characters, our decisions. And we as readers, perhaps can learn from them in a way that doesn't detract from the entertainment that we sought in the first place. 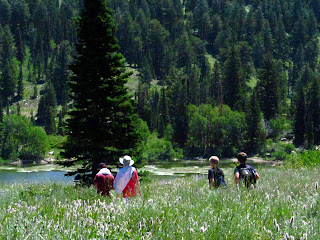