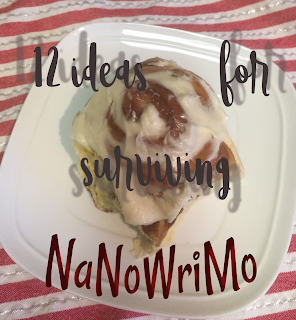 Yet, here I am, about to dive in, and already I've thought ahead as to the list of things I will need to survive. Since I am a person whom others depend on for food, I hope you will see that this list stems from a altruistic desire to see others in my family survive as well. Their survival ultimately depends on my survival.

Because I am not all that much of an extra-ordinary kind of human being, I am willing to bet that some of the items on this list will resonate with others, so here goes. If you are a writer yourself, pass this list on to the others you live with. If you interact with a writer who holds special significance in your life, take note!

If you live in the US of A, guess what? In six days I am willing to bet that your household is counting on a roasted turkey, and with your Writer-in-Residence spending his or her free-time sitting at the computer, pounding on the keys, that Turkey is not going to get itself bought and dressed and roasted by itself.

Plus, time is of the essence, because that turkey is going to need to be thawed before cooking, and it takes a couple days of fridge-time to do it. So, off to the market you go! Turkey.

2. Bubbly, as in drinks that Sparkle and Fizz. Lots of them. A variety.

Why? Because we are at Day 17 in NaNoWriMo, which means that your Writer is probably at the midpoint in their novel. The Muddy Middle. And quite frankly, it may suck.

It's one of those dreaded places where writers can get lost, feel adrift, be left wondering if the end will ever be in sight. So, bubbly is most needed now. And because you love your Writer-Friend-Mother-Father-Brother-Whoever-They-Are in your life, you should help them. Better yet, think of it as helping yourself. Their state-of-mind = your state-of-mind.

I plan on starting my NaNoWriMo task off with something bubbly, since I last left my book when it was approaching the Muddy Middle. And already, because bubbly drinks leave me feeling a slight bit more happy, I am looking forward to it, instead of dreading it. My mindset is altered to the positive, simply because the fizz and the sparkles lend themselves to celebration. So, help your writer celebrate! They are half-way to their destination!

3. Eye protection. You may wonder if I am missing the mark with this one. After all, the writing life hardly seems like any sort of dangerous undertaking. But apparently, staring at a digital screen with its unceasing load of high-energy blue light that streams directly into the Writer's eyeballs--which are basically connected to your Writer's brain--can disrupt sleep patterns. And... because mesmerized eyeballs do not blink as much, Writers connected to computers may be prone to dry eye and eye fatigue. 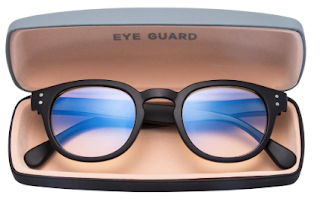 Plus, if a lack of sleep and irritated, uncomfortable eyeballs isn't enough to get you searching the internet for more information before practicing your purchasing power, too much exposure to blue light can damage the cells on the all-important retina. Vision problems associated with the cornea and lens can be corrected, but not those vision problems associated with the retina. Damage to the retina is nearly impossible to fix.

So, a strong dose of preventative medicine here could be an unnoticed blessing, which you'll know you can be thankful for with each day that passes where you don't need to invest in a Braille keyboard.

I have joints in my fingers that get a little achy with prolonged periods of typing. Plus, I have a broken pinky, that never healed itself after a break about 5 years ago. For a while, I had an unwieldy popsicle-stick-splint on my finger so that I could hit the keys for the letters P and O, along with the punctuation marks on the right side of the keyboard. To this day--5 years later--sometimes hitting those letters still leaves me wincing, and wondering if I can write words that don't need the letters of O and P.

Which is silly. So then I look for a splint. Which I never seem to have on hand.

Because I doubt I am the only person on the planet with this annoying ailment, I suggest popsicle sticks at the ready. Or finger splints, rather, as better educated peeps might attest. And they actually exist. 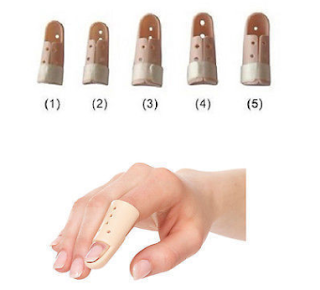 It's an item that easily can be added to the grocery list under Turkey and Bubbly.

5. Sweets. Again, a variety. So that your Writer-in-Residence is reminded of the variety of life, whose details can be brought into their unfolding story.

Starburst, Skittles, Mints, Chocolate, although personally, I have lost my taste for Chocolate. I don't know why, but I realized as I stopped at the store for headache medicine the other day that I have a new fondness for pastries. Which Definitely is Not a good fondness to develop.

Yet, I decided then and there that with a headache on in full-force, I deserved comfort food in the form of mile-high, ready-made, frosted cinnamon buns. Usually, I am a food snob and walk past such delectables, thinking that really good cinnamon buns must come from a really good bakery. Unfortunately, I discovered that the buns from my local store are pretty darn tasty.

So, with hesitation, I add Sweets, a.k.a, Cinnamon Buns to the list.

6. Hydration. If you refer back to the Bubbly at Item 2, and note that you opted for the alcoholic kind, you'll want to take additional measures to stay hydrated.

I had both legs and both feet cramp up on me at the same time after swimming one day last week because I forgot to drink water during the day--which may explain the headache....  Anyway, I nearly passed out from the agony and had a hard time walking for a bit. It would be a bummer to find your significant Writer-in-Residence passed out from dehydration with their face pressed to the keyboard, effectively filling page after page with strings of non-sensical letters of JKjkkkkkkkkkklklkkklgkgkgkkgkgkgkkkhk. 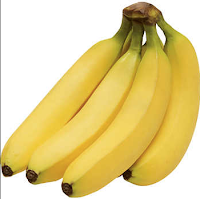 7. Bananas, along with Calcium and Magnesium supplements. See number 6. Feed the muscle in the brain. Keep it happy, keep it relaxed.

8, 9, and 10. Music, Photos, Namaste. Enough said.
Feed the Writer soul.
Stay connected to the wider world.
I'm at a time limit here, so it's back to work for me.

NaNoWriMo, and carry on!