1. It may not seem possible that flip-flops on snow could be listed as a sign of summer, but for me, it is. 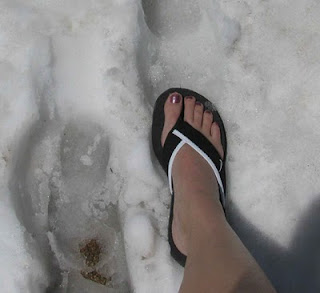 After enduring an unreasonably long, cold, wet spring, my daughter and I found both sun and snow in Colorado over Memorial Day weekend. With a free day to do whatever we pleased before the soccer tournament, we headed up to Rocky Mountain National Park where they had plenty of snow and 90 degrees of heat--which is why we were wearing flip-flops.

It worked out great, actually, because I'd never hiked on snow in a pair of flip-flops before. And I never would have thought I'd enjoy it. But I did. Not only was it refreshing, but it tickled my feet, which made me laugh as I ran through it on tip-toes....all the better in my opinion. 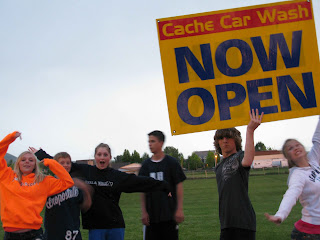 2. Being chased by kids for a car wash....not that they had the wash-thing down--just the sign, which they found in a nearby field.

3. Boys on rope swings on the Blacksmith Fork River. Oh! to be young again. 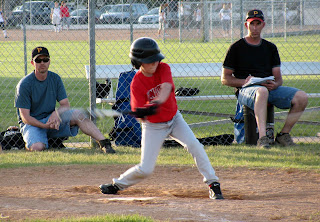 5. Movies! All the good ones are coming out. Prince of Perisa was fun. And so was Shrek. And Iron Man 2.
Which leads me to my next topic. I'll be brief....
Titles.
My daughter's friend recently commented that he went to see the movie, Killers. Based on the previews, he thought it was going to be a romantic comedy. Not having seen the previews myself, I thought he was kidding. Afterall, the movie was called, Killers. But no, he was serious. "Everyone wound up getting killed, in all sorts of horrible and different ways," he said. "It was bad. Not what I expected."
?!? Not what he expected !?!
Okay. So maybe the movie delivered what it promised. You can't be any more clear with a title like Killers. But in support of our seemingly clueless friend, I did see the preview after our conversation, and it really does look like the movie is going to deliever lots of laughs. So, until I see the movie myself, I guess I have to give him the benefit of the doubt and accept his surprise. Because it's funnier that way.
And besides, as I've discovered, there are movies that do seem to offer different content that what you would assume you're going to get.
For example, 1408 is not a historical drama (it's a ghost story). And The Secret Life of Bees is not a documentary.
Silly, I know. 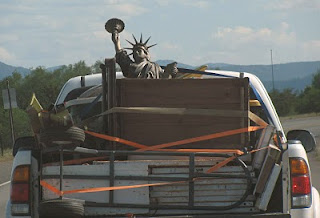 One more thing....If America is missing the Statue of Liberty, I saw her in the back of truck on Highway 7, heading south, near Boulder. ... Just passing that information along, in case anyone was wondering.
Posted by Shaunda at 11:00 PM